In the 14 years or so that I worked as a doctor, I placed my lips on hers many thousands of times during resus training and teaching days. Resusci Annie has been called the most-kissed face in history, and it has been estimated that she has helped to save over 2 million lives over the past 60 years. But who was the girl who gave her face to the Resusci Annie dolls that are now so famous?

The story of Resusci Annie began in Paris in the late 1880s, when the body of an unknown young woman was pulled out of the River Seine at the Quai du Louvre in Paris. There were no marks or signs of violence on the body and no apparent cause for the death, and for this reason, it was concluded that she had committed suicide. From the appearance of the face and the firmness of the skin, it is estimated that the young girl was only around 16 years of age at the time of her death. The story goes that she was taken to the Paris mortuary after her discovery, where the examining pathologist was so mesmerised by her beauty that he was compelled to make a death mask of her face.

Death masks are plaster casts of a mould taken from the face of a dead individual. Their production dates back as far as ancient Egypt, but their use became more commonplace in the 13th century, where they were mainly used as a model for sculptors creating statues and busts of the deceased. Some of the most famous death masks made include those of Henry VII (possibly the finest example from this era in existence), Edward III, Isaac Newton, Ludwig van Beethoven, and Napoleon Bonaparte. In the 1800s, the masks became valued as somewhat morbid fashionable home fixtures, and due to the undeniable beauty of L’Inconnue de la Seine numerous copies of it sold, and it could be seen hanging countless homes in Bohemian Paris. Her death mask became so famous that it later drew the attention of philosopher and author Albert Camus, who compared her enigmatic smile to that of the Mona Lisa.

Death masks fell out of popularity in the early 1900s, and the story of L’Inconnue de la Seine may have ended here if it wasn’t for a Norwegian toy manufacturer, Asmund Laerdal.

On a fateful day in 1955, Laerdal’s two-year-old son, Tore, nearly drowned. Asmund, fortunately, managed to rush into the water, pull his son out and then force the water from his lungs. This incident would influence him greatly, and when he was approached by Norwegian anesthesiologist Dr Bjorn Lind three years later, the idea he was approached with captured his imagination.

Lind explained a new technique that had been developed by himself and another doctor called Dr Peter Safar that involved mouth-to-mouth ventilation. They called this technique cardiopulmonary resuscitation (CPR) and explained that they needed a lifelike doll to demonstrate it on.

Laerdal, Lind and Safar would then embark on a history-making project to develop this doll. A few years earlier, the Laerdal toy company had produced a lifelike ‘Anne doll’ that utilised an experimental type of soft material that had just entered mass production called plastic. This doll became a bestseller and was named the “Toy of Year”. Using this new material, they started to produce a life-size, functioning mannequin that could be used to demonstrate and teach CPR reliably. But the mannequin still needed a face. It is at this point that Laerdal remembered the enigmatic smile of a mask that was hanging on the wall at his in-law’s house. This mask was, of course, L’Inconnue de la Seine. 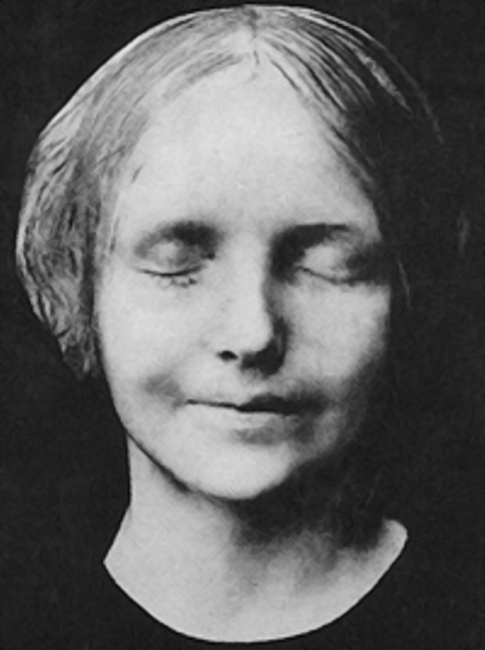 Laerdal, Lind and Safar introduced the World’s first patient simulator in 1960. The mannequin was given the name ‘Resusci Annie’. The development of the mannequin changed the Laerdal companies mission statement from “creating children’s joy” to “helping save lives”.

Over the 60 years that have followed since the introduction of the first Resusci Annie, it has been estimated by the American Heart Association (AHA) that over 500 million people have been trained in CPR using it and over 2 million lives have been saved. Quite an extraordinary legacy for the beautiful unnamed suicide victim that was pulled out of the River Seine almost 140 years ago.